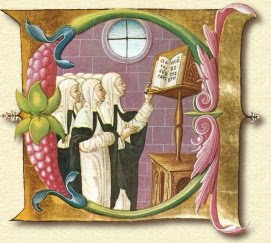 It has been called to my attention that an important article has been published, announcing the discovery of the famous Stabat Mater used as a sequence in the Gradual produced by a convent of Dominican nuns in Bologna in the later thirteenth century. This is by far the earliest known example of this hymn used as a sequence rather than as a devotional hymn. It has been commonly believed that the hymn only became used as a sequence in the late middle ages. It is also interesting that the melody provided matches neither the received Roman one nor that found in the printed Dominican books. This text is found in Bologna: Museo Civico Medievale MS 518, fo. 200v-04r. 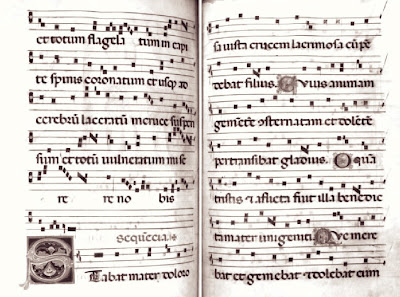 Careful readers will not that there are textual variants in this version as well. The Dominican Rite used by the friars added the Stabat Mater as a sequence on the feast of our Lady of Sorrows only in the 15th Century, conforming the rite to the Roman, which had already added it. But the melody is not that of the thirteenth-century version. Here it is for comparison: 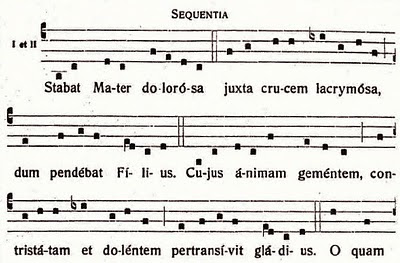 I would hope that some attempt will be made to use this chant.

I thank Bro. Innocent Smith, O.P., for calling this article to my attention. 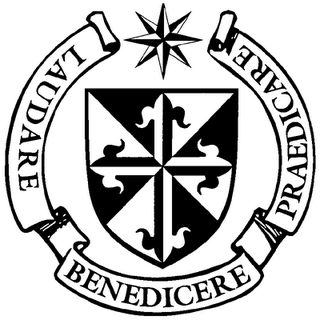 I am pleased that our selection of downloadable Dominican Rite texts and posts on the Rite have generated this kind of response. Although most of my "blog energy" recently has been dedicated to the compilation and editing of the new Antiphonal for the Liturgy of the Hours in Dominican Chant (see left side bar), I hope to do more historical and photo posts in the near future.

Again, thanks to our readers for your support!
Posted by Fr. Augustine Thompson, O.P. at 11:33 AM 1 comments 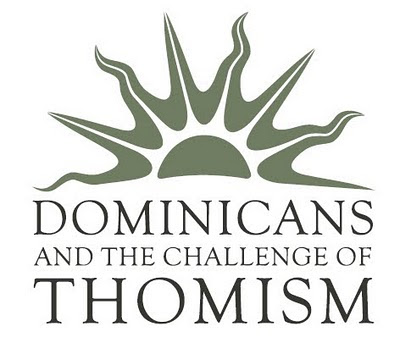 I t may interest our readers to know that music extracted Vol. 3: Tempus per Annum I of the Antiphonarium pro Liturgia Horarum iuxta Usum Ordinis Praedicatorum available on the left side bar of Dominican Liturgy, is being used for the singing of the entire office during the Thomistic Institute Meeting Dominicans and the Challenge of Thomism in Warsaw Poland, July 1-5, 2010.