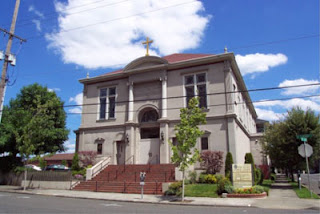 I have just received notice of the principal Masses and music for Christmas at Holy Rosary Dominican Parish, 375 N.E. Clackamas Street, Portland, Oregon 97232 (503-235-3163). Readers in the Portland Area may wish to attend these Masses.


On Christmas Eve at 11:30 P.M. the boys, girls and adults of Cantores in Ecclesia will sing traditional carols, accompanied by organ and small string orchestra. At Midnight the choir will sing Missa O Magnum Mysterium by Tomas Luis de Victoria and the Gregorian Chant Propers.
CHRISTMAS DAY MASS (Missa Cantata in the Dominican Rite)

Christmas Day, the adults of Cantores in Ecclesia will sing the Christmas Proper from William Bryd's second book of Gradualia for a Missa Cantata according to the Dominican Rite. The Dominican Propers will include the Sequence Laetabundus.

When Bryd published his second book of Gradualia, dedicated to his friend and patron Sir John Petre, he gave the Christmas music the place of honor at the very beginning. He had celebrated the winter holidays many times with the Petre family: Their household records show that 'Mr. Byrde' was supplied with meals, seasonal gifts, warm bedding, and the company of 'five Musitians of London for playenge upon the vyolins at Ingatestone in ye Christmas tyme'.

The Mass for Christmas appears to have been his first attempt at writing seasonal music of this sort. Given his habit of spending the holiday with patrons and fellow-musicians, it was a logical place to start. The music shows some signs of experimentation: vocal ranges and keys lurch around somewhat unpredictably, and Bryd seems not yet to have arrived at his principle of setting each text only once and cross-referencing it as needed. (This rewards the singers with two versions of Viderunt omnes, the second even lovelier than the first.) Byrd also decided, just this once, to follow a much older tradition and start by quoting the Gregorian chant melody for the day. His introit Puer natus begins with the triumphant rising figure that announces 'unto us a Child is born'.
Posted by Fr. Augustine Thompson, O.P. at 6:13 AM 4 comments 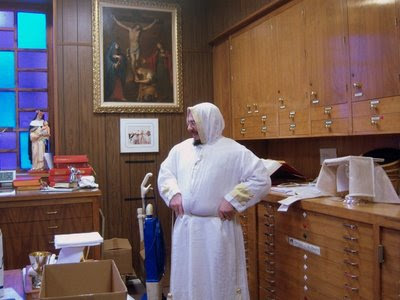 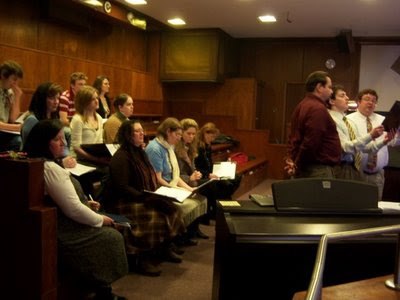 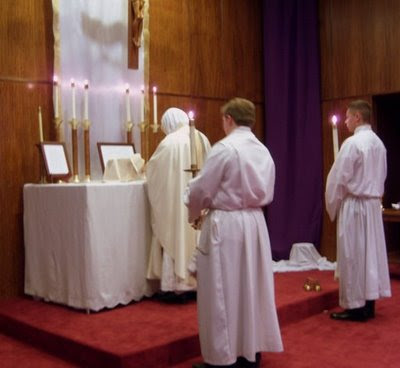 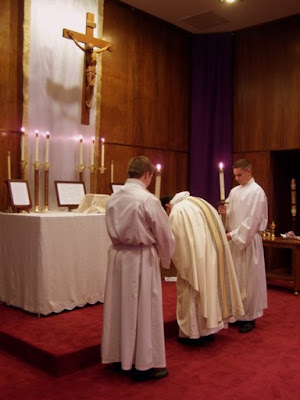 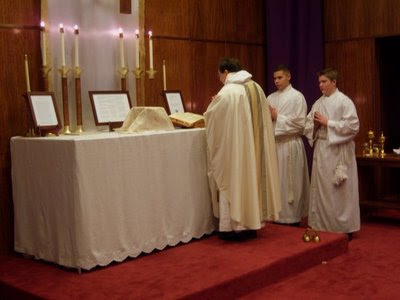 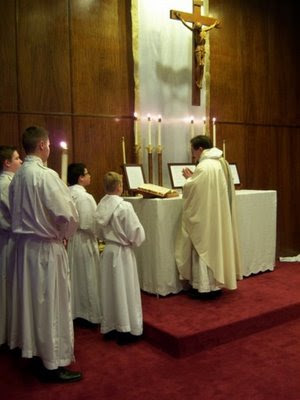 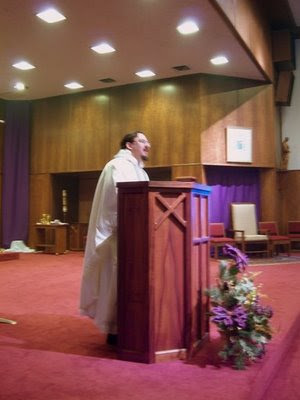 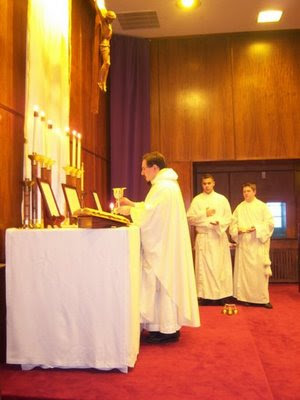 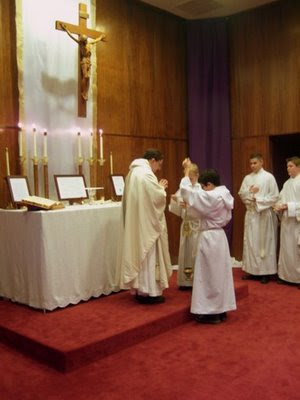 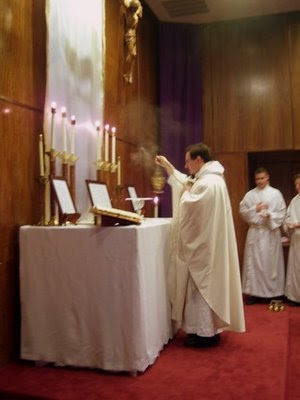 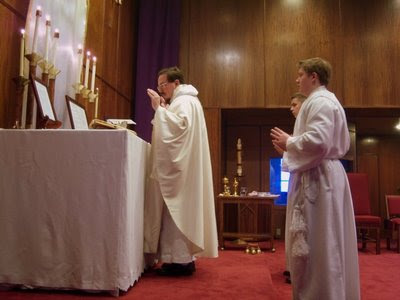 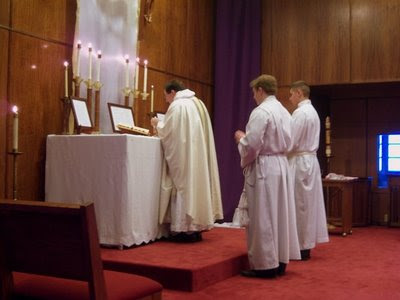 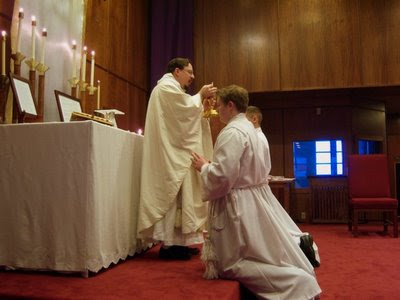 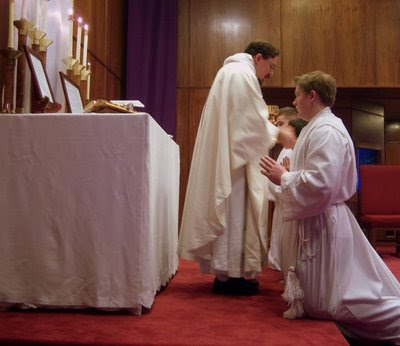 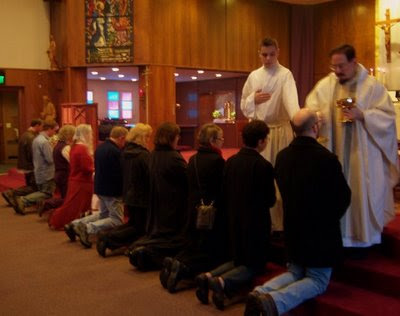 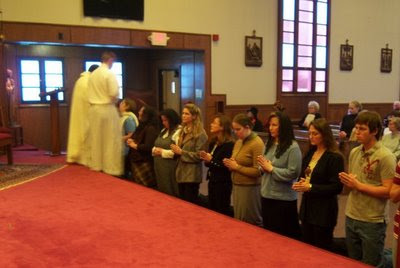 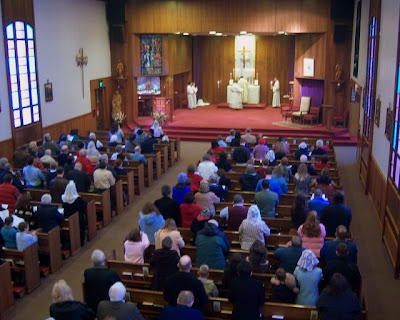 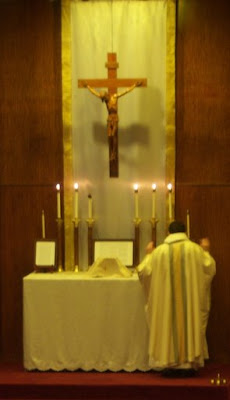 My thanks to Fr. Vincent Kelber, O.P., for providing these photographs. The full set may be seen here.
Posted by Fr. Augustine Thompson, O.P. at 6:14 AM 7 comments