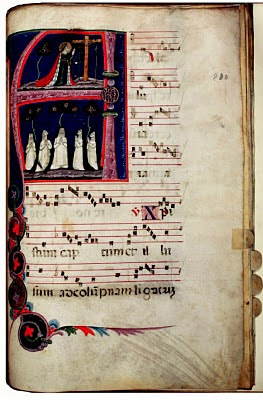 Perhaps some Dominicans (and non-Dominicans) may want to make use of the ancient version on the up-coming celebration of Our Lady of Sorrows.
Posted by Fr. Augustine Thompson, O.P. at 8:48 AM

I have converted the manuscript for you to 3 1pg jpgs. How would you like me to get them to you?

Thanks. I have already been sent a copy made by another reader. But yours may be better. So send to my email athompson(at)dspt(dot)edu